Kagocel Named Choice of the Year in Belarus

Kagocel Named Choice of the Year in Belarus 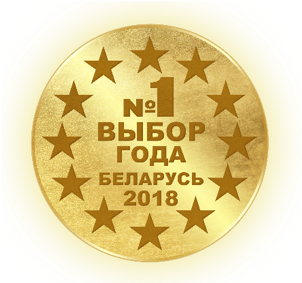 On December 13, 2018, the 17th award ceremony of the Choice of the Year contest was held in Minsk. Kagocel was named No. 1 in the category "Imported antiviral drug for the treatment of influenza and ARVI (the group of interferons)."

The gold medal of the Choice of the Year international festival-contest is awarded to leaders among popular products in various categories. Consumers are interviewed by filling in personal questionnaires, the results are summarized with the assessments of the expert council, the advertising commission, the jury and the organizing committee, and a complex method is further used to determine the winners in each category. The success of the antiviral drug Kagocel reflects the real opinion of Belorussian consumers choosing among the most effective means for the prevention and treatment of SARS and influenza.

The Choice of the Year contest has been held by common rules in 5 CIS countries for 17 years now. The large-scale marketing research serving as the basis for the determination of winners is conducted by MASMI international agency.

One may recall that earlier this year Kagocel also took first place, for the second time in a row, in the nomination "Antimicrobials for systemic use" of the Product of the Year award presented to the most popular goods of mass demand in Russia.

The victory in the Choice of the Year contest once again proves that under conditions of constant variability of influenza viruses and a large number of SARS agents Kagocel remains a universal efficient means of treatment and prevention for adults and children from 3 years of age in Russia as well as abroad.